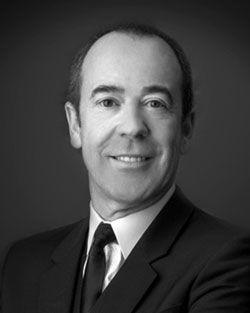 Mr. Dubois, former Track Group CEO from September 2016 to December 2017, serves as the Company’s Chairman of the Board of Directors and has held this role since February 2013. He is the Founder and Chairman of Singapore-based Tetra House Pte. Ltd., a provider of bespoke consulting and advisory services out of Singapore. He is co-founder of Circlo3, a regulated capital arrangement company with a platform approach to the investor capital raising business. He is a former director and CEO of Gategroup AG, and also held various executive leadership roles at Gate Gourmet Holding LCC. Mr. Dubois has held executive management positions at Roche Vitamins Inc. in New Jersey, as well as regional management roles in that firm’s Asia Pacific operations. He also served the European Organization for Nuclear Research (CERN) team in Switzerland in various roles, including treasurer and chief accountant. Additionally, Mr. Dubois worked with IBM in Sweden as Product Support Specialist for Financial Applications. A Belgian citizen, Dubois holds a degree in financial science and accountancy from the Limburg Business School in Diepenbeek, Belgium.